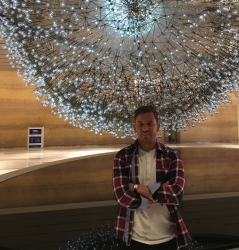 Mark Yeramian
Mark is a digital marketer and the co-creator of Montreal Startups.

Access to Venture Capital (VC) is an important element in allowing startups to thrive in any city. The more readily available startup capital is, the more new ideas can get off the ground and the faster they can grow. Alternatively, as more startups establish themselves in a city, more VC firms decide to set up shop. Certain cities have developed into startup hubs due to the ever-growing combination of investor financing and new startups entering the region. In 2017, Montreal based companies raised $800 million in venture capital dollars, the largest for any Canadian city according to PwC Canada and CB Insights. While these financing dollars come from both inside and outside the country, there are several firms leading the charge when it comes to funding startups in the city of Montreal.

Established in 2007, the firm spans five funds that have invested in over 200 companies and have over $330 million combined under management. Real Ventures is not only Montreal’s largest VC fund, but they are Canada’s largest fund as well. Having established themselves in the city over 10 years ago, Real Ventures has played a significant role in paving not just the VC landscape, but also the startup landscape in the city. The company created the FounderFuel accelerator program and co-created the OSMO Foundation, a hub for early-stage tech firms in Montreal. It is difficult to discuss the nature of Venture Capital in Montreal without mentioning Real Ventures.

iNovia Capital invests in startups at all stages and features big name managing partners such as former Google CFO Patrick Pichette and former Blackberry CFO Dennis Kavelman. The company has several funds whose specialty lies in being the leader for large Series A, B, and C rounds. The size of the fund and the impressive list of people leading the charge allow iNovia the have a strong presence not only across Canada but globally as well.

Brightspark Ventures focuses on early-stage innovative technology companies. What is most notable about Brightspark is their long presence in the industry, having been founded in 1999. The firm actively raises money from accredited investors and, in fact, has set an objective to get 10,000 Canadians investing in Brightspark deals – three times the number of active angel investors in Canada. With dual offices in Montreal and Toronto, the firm recently (Nov. 2017) raised $6 million to build a corporate finance platform for quick onboarding and efficiently raising money from investors. This approach has led Brightspark to become one of the most active VCs in Canada.

A cross between angel investment and venture capital, Anges Quebec identifies, finances and coaches innovative companies with high growth potential across the province. The firm is similar to Brightspark in the way they empower individual, high net worth investors to make profitable venture investments. Anges Quebec generally provides startup capital of between $5 to $25 million and allows each individual investor in their fund to vote on whether they want to hear more from a startup or not after their pitch. With a portfolio compromising of over 80 companies, Anges Quebec has invested in some of the most highly-touted startups in Montreal.

Luge Capital invests primarily in early-stage Fintech and AI focused startups. Their areas of expertise include data security, insurtech, lending algorithms, robo advisors, blockchain, wealth management tools and more. While only launching in 2018, the firm is already impacting the Montreal venture landscape by opening with a $75-million backing from Caisse de dépôt et placement Québec and other Québec institutions. The independent fund is notably led by David Nault, a former principal with iNovia capital.

keyboard_arrow_up
Thanks for subscribing! Please check your email for further instructions.